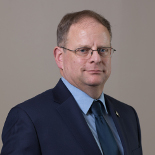 James (Jim) Ballentine is an associate attorney at National Litigation Law Group, and a Business and Trial Attorney from Massachusetts.  Jim obtained a business degree with emphasis in paralegal studies in 1998 from Hesser College, later graduating Summa Cum Laude with a B.S. in Criminal Justice.  While attending law school at night, he was a Paralegal with the NH Department of Environmental Services, and the Appeals Clerk to the four NH Environmental Councils.  Upon his admission to the Massachusetts Bar in 2005, Jim worked as corporate counsel to military contractors, as a creditor’s rights attorney and as a litigator for the Boston Dog Lawyers – assisting in animal rights and pet custody matters.  Jim is a well-decorated veteran of the U.S. Army, having served during the fall of the Berlin Wall, Operation Desert Storm and in support of Operation Enduring Freedom.

Jim is a five-star-rated, internationally-published author of science fiction/adventure/fantasy & urban crime/thriller novels. He is also an avid outdoorsman who enjoys mountain hiking and survival camping.