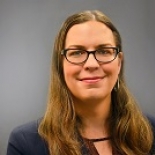 Brittany Stewart is an associate attorney at National Litigation Law Group.  Brittany obtained a Bachelor’s in Sociology from the University of Science and Arts of Oklahoma in 2002 before obtaining a law degree from the University of California, Hastings College of Law in 2005.  Brittany is also an experienced political campaign manager and strategist.  Brittany ran for Oklahoma legislature in 2010, and though she did not win, she did raise more money than the incumbent.  Afterward, Brittany managed legislative campaigns for Oklahoma and Oregon, consulted for a U.S. Senate campaign, and volunteered as an election protection attorney in Colorado in 2012.  Acknowledging that NLLG’s clients are good people who generally have minimal exposure to the legal system, Brittany works diligently to help them understand the process, protect their rights and resolve their cases to the greatest extent possible.  Brittany uses her plethora of experience in personal, civil and criminal law to aid in this mission.

Outside of her legal practice, Brittany possesses a passion in outdoor life, as she has visited most of Oklahoma’s state parks and has been to all 77 counties in the heartland.  Brittany equally enjoys road trips and has driven to over 30 states.