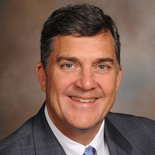 Sean Voskuhl serves as the AARP Oklahoma State Director, a position he has held since 2010. In his current role, Sean provides strategic leadership for AARP’s state, federal and regulatory advocacy in the state. He is responsible for building and leading a cohesive, integrated and highly functioning enterprise that focuses on increasing engagement, impact and relevance for Oklahoma’s growing population of people 50-plus.

As an AARP employee, Voskuhl was the inaugural recipient of the Brad Edwards Consumer Champion Award given by the Oklahoma State Attorney General. He is the 2022 team winner for AARP’s Lyn Bodiford Award for Excellence in Advocacy. Sean helps lead AARP’s Rural Strategy and is Chairman of the Disaster Management Community of Practice. He was recently elected as the President of the Oklahoma Society of Association Executives (OSAE).

Prior to joining AARP, Sean was a governmental affairs consultant for several member organizations and was the general manager of the Oklahoma Storm semi-professional basketball team.

Sean was raised in rural Oklahoma and went on to attend Oklahoma State University, where he earned a bachelor’s degree in Agricultural Economics. Upon completion of college, Sean ran for and was elected to the Oklahoma House of Representatives, where he served four terms. During his tenure, he was appointed Assistant Majority Floor Leader and provided leadership as Chairman or Vice-Chairman of several committees including: the Appropriations and Budget Committee on Human Services; Children, Youth, and Family Services; Human Services; and Veterans Affairs.

Sean’s recognitions include being named Legislative Child Advocate by the Oklahoma Mental Health Conference and Champion of State Public Transit Funding by the Oklahoma Transit Association. He was also awarded the National Federation of Independent Business (NFIB) “Guardian of Small Business” Award.