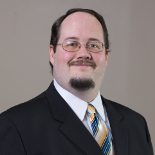 Matthew W. Parker is an associate attorney at National Litigation Law Group.  A native of Colorado, Matthew graduated from Denver Public Schools before receiving his Bachelor of Arts from the University of Northern Colorado.  Following that he spent 18 months teaching English in Bangkok, Thailand, before returning to the U.S. for law school.  He graduated with a Juris Doctor from Washburn University School of Law in 2013.  While in law school he was involved in the Texas Young Lawyer’s Association (TYLA) trial team, the Law Clinic, Phi Alpha Delta, the Student Bar Association, and several other student associations.  Prior to joining NLLG, Matthew represented creditors in collection suits and bankruptcy adversary proceedings.