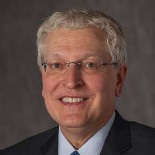 Position: Chair of Advisory Board

Robert H. Henry is Chair of National Litigation Law Group’s Advisory Committee.  In this role he provides counsel on ethical matters and best practices for serving our clients.  He also leads the initiative to build this advisory committee with similarly accomplished individuals.

Judge Henry brings immense experience gained through his distinguished career on the bench and in public service.  He is currently president emeritus of Oklahoma City University where he served as president from 2010 until 2018.  Prior to serving as OCU’s president, he was a judge on the United States Court of Appeals for the Tenth Circuit, having been appointed to that position in 1994 by former President Bill Clinton.  He served as chief judge of the Circuit from 2008 until June of 2010, when he left to become president of OCU.  Prior to his appointment to the bench, Judge Henry was dean and professor of law at Oklahoma City University School of Law from 1991 to 1994. Judge Henry also served as Attorney General of Oklahoma from 1987 until 1991 and served in the Oklahoma State House of Representatives from 1976 to 1986.

BOARD OF DIRECTORS – PREVIOUS SERVICE: