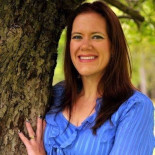 Jody Deibler is a Client Intake Representative at National Litigation Law Group.  Jody grew up in a small town in Merwinsburg, PA.  The youngest of eight, she was her mom’s only child but grew up with several step-siblings.  Jody went to the same school district from kindergarten through 12th grade.  She worked on a friend’s family’s farm in the summers, or any other time that she wasn’t in school.  Jody met her husband in an online chat room from AOL in 1997.  They met offline after he drove from Jones, OK to her small town in PA in September 1998, and they’ve been together ever since.  They have been together for 20 years, married for 10 and have two children together.

Jody enjoys going for rides with her husband on their 1992 Harley Davidson Fat Boy, cooking, baking, plastic canvas, needlepoint, making quilts, crocheting, being outside in the garden or flower bed, painting, drawing, reading, listening to music, watching football (cheering for the Pittsburgh Steelers) and watching movies.  Occasionally she finds something interesting on TV that can hold her attention. Spending time with family is the ultimate blessing, and hanging out with her children is always fun because their senses of humor keep Jody laughing.