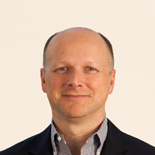 W. Lance Conn joined National Litigation Law Group as Co-Owner in July 2017.  Mr. Conn is a businessman, investor and conservationist who lives in the San Francisco Bay area.  From 2004 to 2009, he was the president of Vulcan Capital, the investment arm of Microsoft co-founder Paul Allen’s family office.  While at Vulcan, he oversaw the turnaround of the firm’s investment portfolio and served as chair of Vulcan Energy Corporation, as well as a director of the Seattle Seahawks, the Portland Trailblazers, Oxygen Media, Makena Capital Management, Plains All American Pipeline, and PAA/Vulcan Gas Storage.  Prior to Vulcan, Mr. Conn served for seven years in various senior executive roles in the U.S. and Europe with America Online (AOL).  He began his career as an attorney with Shaw, Pittman, Potts & Trowbridge LLP in Washington, D.C.  Mr. Conn has served as a director of Charter Communications since 2004 and has served as chair of the compensation committee since 2010.  He also served as the co-chair of California’s Parks Forward Commission since 2013 and has been a director or advisor of several other conservation groups, including the National Fish & Wildlife Foundation, Save the Redwoods League and the Truckee Donner Land Trust.