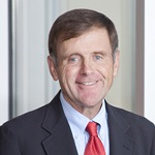 James Sears Bryant is Founder and Co-Owner of National Litigation Law Group, and an attorney whose expertise is handling extremely complex problems and commercial transactions for many different types of clients, including non-profit organizations, educational institutions, professional athletes, and professional sports teams.  In the realm of higher education, James successfully led the litigation against the NCAA that enabled an NAIA school in Texas to become the first institution in history to be allowed to join the NCAA Division I rank without waiting the full probationary period.  He also fashioned the use of immunity for the first time in an NCAA investigation that not only preserved a student-athlete’s eligibility at a Big Twelve football program, but also resulted in the lessening of sanctions against the University’s athletic program.  As Special Counsel charged with investigating sexual assaults at both a Big Ten and a Big Twelve institution, James’ work resulted in the implementation of new and improved practices and procedures dealing with such issues.  He continues to represent dozens of colleges, universities, and nonprofits, as well as a Division I athletic conference.  Bryant has also contemporaneously served in a number of in-house capacities at the institutions at which he has worked.  He has been the Assistant to the Dean for External Relations at the Amos Tuck School of Business at Dartmouth College, Special Counsel to the University of Iowa Board of Regents, and General Counsel to the Phillips Theological Seminary.  At Union Theological Seminary in New York City, Bryant served in a number of capacities, including General Counsel, Treasurer, Acting, Interim, and Vice President for Business and Legal Affairs and Chief Executive Officer.  Over the years Bryant has served many institutions in other roles as well.  He has been a board member at three liberal arts colleges, taught at the University of Louisville, Oklahoma City University School of Law, Phillips University and Wichita State University as well as given guest lecturers at the William and Mary School of Law and the Amos Tuck School of Business at Dartmouth College.  As a professional sports attorney, James negotiated the purchase of a National Basketball Association team in the Midwest and was involved in litigation against the NBA during two of its lockouts.  He has represented four NBA All-Stars and over 30 other professional players as their agent in contract negotiations.  He has also represented dozens of other athletes as their lawyer in personal and business matters.  James has vast experience in representing unique entrepreneurial startups as well as not-for-profit organizations, offering effective solutions for the unique problems these specialized groups encounter through the course of achieving their goals.  As a complex problem-solver, James brings the same skills to his representation of individuals and business throughout the nation.  Representative Experience: Public Office: Member, Oklahoma House of Representatives, 1992-94; Assistant District Attorney, Oklahoma, 1980-81; Special Judge, Oklahoma, 1981; Associate District Judge, Oklahoma, 1981-83; District Judge, Oklahoma; 1983-85.